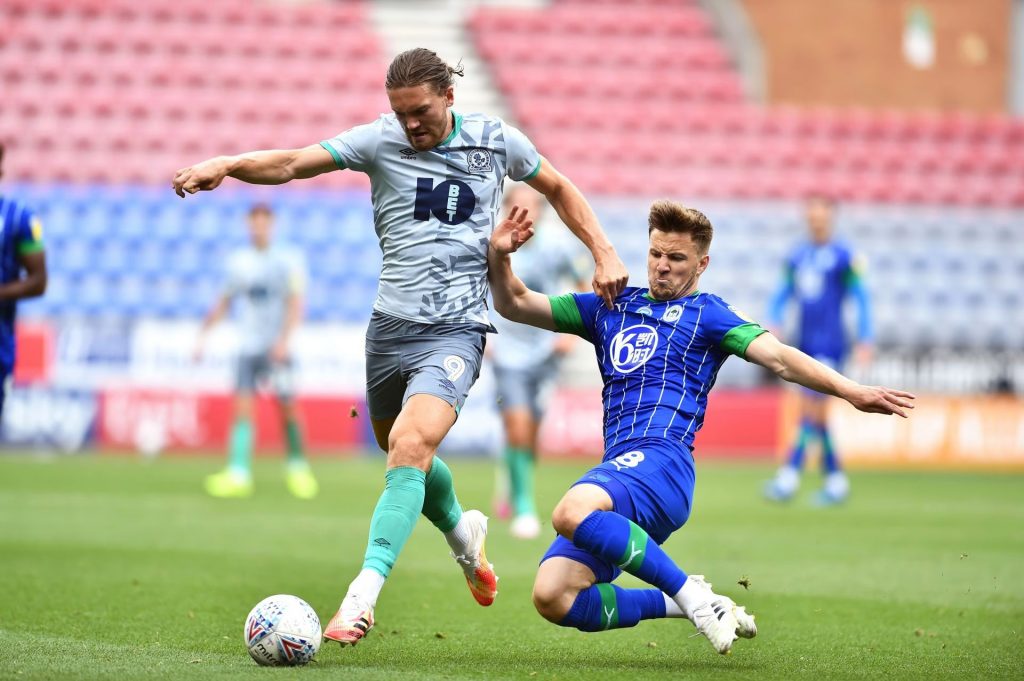 Blackburn Rovers go quickly to the DW Stadium to play Wigan Athletic in hopes of securing a win that might put the team back into the Championship playoff spots.

Wigan is currently in 16th place in the rankings, having lost two straight games for the first time this year, while the visitors are currently in seventh place.

Normally, losing six of your first 13 league games at a new club would put pressure on you, but Jon Dahl Tomasson, the head coach of Blackburn Rovers, is not under that kind of strain.

The Dane has led his team to victory in the other seven games, the most recent of which was on Saturday when Rovers defeated Rotherham United 3-0.

Despite being in seventh place, Blackburn is currently three points off the top slot, and there is growing optimism that, unlike last year, they can continue a promotion campaign.

Although Tomasson’s club hasn’t won consecutive games since August 14, the struggling teams above them have provided the North-West team a chance to climb the ladder rapidly.

Wigan, in comparison, have dropped three of their previous four second-tier games and seem to be on the decline.

Leam Richardson would have had high hopes for victories over Hull City and Cardiff City, but a string of losses has the Latics near the bottom of the standings.

Wigan’s home performance has been a problem, with only four goals scored in six games at the DW Stadium and no victories.

Richardson’s team has only failed to score in two of their 12 league games this season, which is a plus that their next opponents will take note.

Given their recent performances, Wigan’s derby matchup may have arrived just in time. Nevertheless, despite the visitors’ inconsistent play, we believe that the visitors will triumph here.