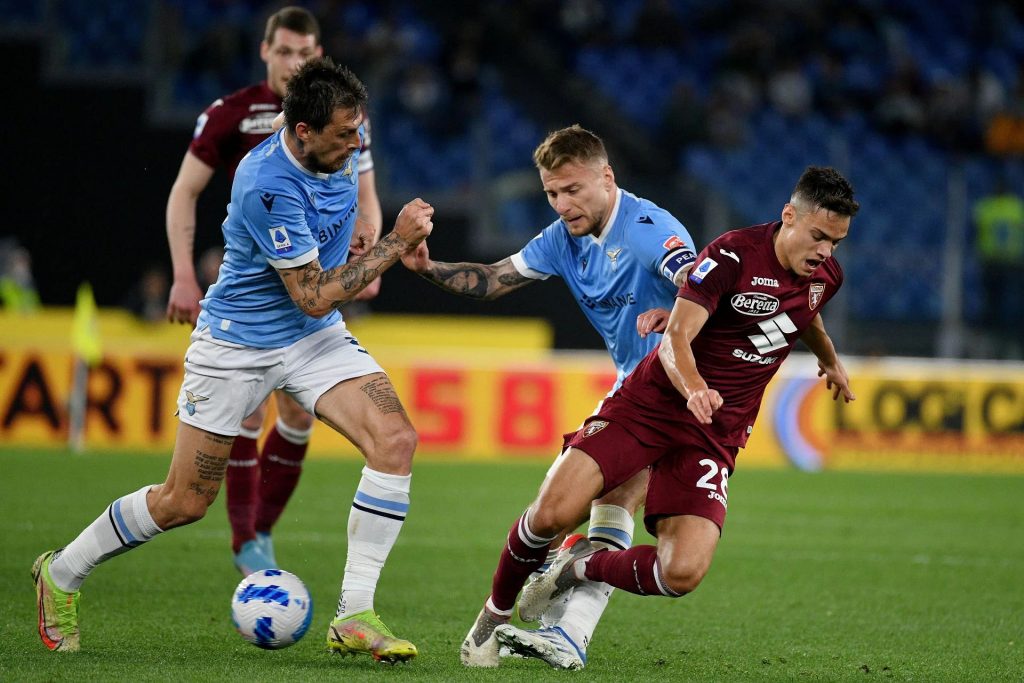 When Torino and Lazio face off on Saturday night, they will both be looking to build on their successful starts to the Serie A season.

The opposition arrived in Turin after an amazing comeback in their opening match of the 2022–23 season, while the home team defeated newly promoted Monza.

Torino vs Lazio Tips and Prediction

Lazio found themselves in a tough situation after being reduced to 10 men as a result of the rash dismissal of Luis Maximiano in his Serie A debut minutes after the game had begun.

After six minutes against Bologna, the recently hired goalie was dismissed, and Maurizio Sarri’s team later let up the opening goal just before halftime.

Ciro Immobile’s 79th-minute winner set off scenes of euphoria inside Stadio Olimpico, although Lazio turned things around from a losing position not for the first time under their eccentric management.

Only last season’s runners-up Inter have managed more in the same period since Sarri joined the team last summer. That was the fifth time they had effectively turned zero points into three.

The Biancocelesti are aiming for the top four after finishing fifth last season after drastically changing their style. Motivating captain Immobile and midfield rock Sergej Milinkovic-Savic are still in Rome to help the cause.

Lazio will play Torino this week, a team they have drawn with in each of their last three league meetings, but they haven’t lost to in more than three years. Next Friday, Lazio will play likely top-four rivals Inter.

Six times in a row since Torino last defeated the guests, in May 2019, they have failed to do so, replacing five different managers in the process.

During that period, Il Toro, Turin’s second club, has experienced its share of ups and downs, but with Ivan Juric at the helm, Il Toro has mapped out a return to the top 10 of Serie A.

Torino secured a spot in the top half of the standings last season after finishing 16th and 17th in back-to-back campaigns, but star scorer Andrea Belotti is presently looking for a new job, and defensive stalwart Bremer has already left for city rivals Juventus.

However, in the Granata’s opening league match last weekend, a new signing and Belotti’s backup both stood out as Aleksei Miranchuk and Antonio Sanabria scored in a 2-1 victory over determined Monza.

Although Torino have only won one of their last eight home games against Lazio, they may feel hopeful of doing better this time around after a 3-0 triumph in the Coppa Italia against Palermo a week earlier.

Lazio did a good job of recruiting this summer, and their team is continuing to adjust to the “Sarri-ball” style and show resiliency when necessary, as last week. They can therefore keep up their winning streak despite playing one of Serie A’s middle division’s toughest opponents.