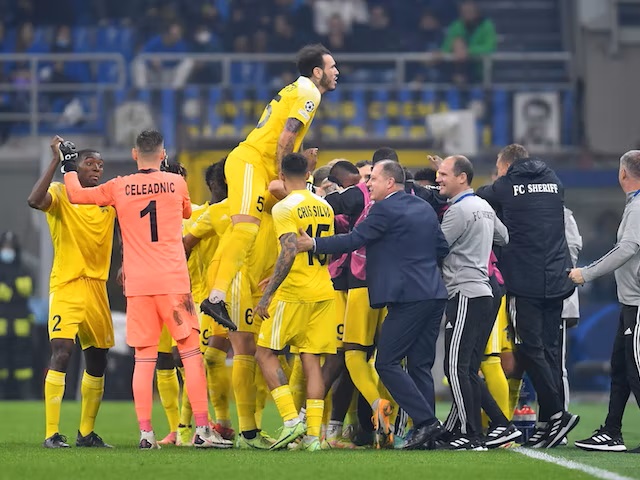 Manchester United will be looking to earn the first Europa League win of the season, when they travel to Zimbu Stadium on Thursday to play Moldovan powerhouses Sheriff Tiraspol.

Sheriff Tiraspol, who made headlines in the Champions League last season, overcame their elimination from the qualifying round of the premier continental competition to easily defeat Omonia last week in an effort to demonstrate that their European savvy is still very much alive.

With goals from Iyayi Atiemwen, Rasheed Akanbi, and Mouhamed Diop, Stjepan Tomas’ team rapidly rose to the top of Group E’s standings and advanced to the knockout stages for the second consecutive season.

Sheriff’s defensive toughness should be on display on Thursday as they attempt to improve upon their last season’s last-32 exit to Braga. They warmed up for the game in the best possible way with a Super Liga victory over Milsami Orhei on Sunday.

Sheriff hasn’t lost in any tournament since being defeated by Viktoria Plzen in Champions League qualifying; they’ve won six and drawn two of their last eight games, extending their winning streak to eight games overall.

In addition, Tomas’s tenacious defense has kept seven clean sheets during that time and has only allowed one goal in their last 720 minutes of play. Back in February, not even Braga could break through on Moldovan soil.

At Old Trafford last Thursday, where the conversation leading up to the game was predominated by the news of Queen Elizabeth II’s passing and whether the match would proceed as scheduled, Man United had every right to object to the contentious penalty decision in favor of Real Sociedad.

The two teams did enter the Old Trafford field to pay their respects, but the atmosphere quickly soured when Lisandro Martinez was called for a handball despite the fact that the ball struck his leg before rebounding up onto his arm. Brais Mendez welcomed the opportunity to score the game-winning penalty kick.

Erik ten Hag and company’s loss to Imanol Alguacil’s team came as quite a shock after they had previously won four straight Premier League games. As a result of the postponement of their match against Leeds United, this will be their final game before the international break.

Since the pre-COVID days of October 2019, the traveling Old Trafford crowd have seen their team score in each of their past 15 away European games, but Sheriff’s unshakable defense will present a tough test.

Sheriff and Man United have never faced off in a professional match, and after losing twice to Christian Eriksen’s Tottenham Hotspur in the 2013–14 Europa League group stage, Thursday’s match will be the hosts’ third encounter with English opponents.

Man United’s ability to score goals against Sheriff Tiraspol on the defensive front is unlikely, although Ten Hag can be counted on to recall his star players due to the absence of domestic action.

A first-choice United backline can expect to quell the hosts’ attack, and the Red Devils should nick the occasional goal to enter the international break on a high. Tomas’s side are by no means to be underrated in continental competition.