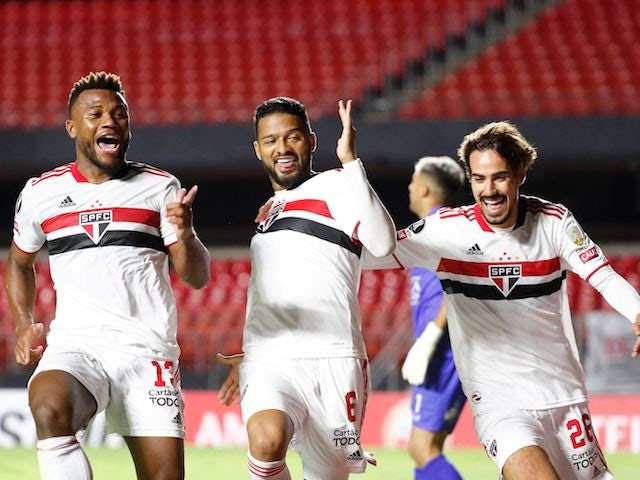 The first Choque-Rei derby of the domestic season will take place on Monday at Cierco Pompeu de Toledo, pitting Sao Paulo against Palmeiras in one of the most heated rivalries in the Campeonato Brasileiro Serie A.

Verdao leads the table, having gone undefeated in their past matches across all competitions, while Sao Paulo slipped farther behind on Thursday, losing to Botafogo.

Sao Paulo has been unable to compete for the title this season due to their inability to win on the road, and they are currently seven points below first place following their setback this week.

Rogerio Ceni’s men have had to be practically faultless at home to stay at the top of the standings, and they have done it in Morumbi, where they are unbeaten in this domestic campaign, winning four of their five games there.

This team’s ability to start quickly and get their fans involved has been vital to their success in their famed stadium, scoring first in all but one of their home matches, with three of their first goals coming before the 20-minute mark.

In this competition, Sao Paulo has not beaten their cross-town rivals at home since 2017, despite being unbeaten in their last four domestic meetings with them.

This club’s backline is largely reliant on them to cover a lot of open space out wide while also bringing another dimension to their counter-attacking style, making them a dangerous team to face in transition.

Abel Ferreira and his team have been on the attack since a 3-2 defeat to Ceara in their first Serie A match of the season, trying to smash everyone who stands in their way.

Since that blemish, they’ve only allowed multiple goals in one game, but Palmeiras triumphed 4-2 over Atletico Goianiense on Thursday.

Ferreira prefers his team to take a more passive approach, waiting until they reach the halfway line before pressing their defense.

While this strategy may make it easier for their opponents to penetrate into the Palestra third of the field, there are rarely many great scoring opportunities in their box, with Verdao surrendering the fewest goals in the league after 12 games.

Palmeiras’ compact mid-block approach has been difficult for opposing teams to react to, with the team generating plenty of turnovers and being particularly efficient at pressuring goal-kicks.

They are not a possession-based squad, preferring to get the ball up the field as rapidly as possible, frequently surprising their opponents and scoring the most goals domestically in 2022. (23).

Knowing the history between these two clubs, neither team should have any issue summoning the intensity required to play in this match even on short rest.

Palmeiras appear to be determined to win everything this season, but Sao Paulo has showed incredible tenacity in the aftermath of a loss, and they have defended Palestra superbly at home, conceding only one goal.