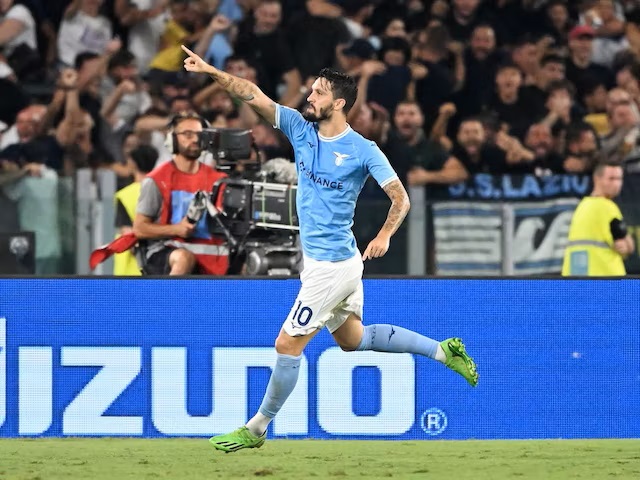 Lazio, one of six teams tied for first place in Serie A with seven points, will try to build on their weekend success with a victory over Sampdoria on Wednesday.

Samp were scrambled by Salernitana and have only accrued one point so far, while the capital club pulled off a big success by defeating Inter last Friday.

Sampdoria vs Lazio Tips and Prediction

Lazio met one of their main rivals for a top four spot last time out after earning four points from their first two games of the 2022–23 season. A thrilling finish ensured Lazio defeated the Serie A runners-up.

Entering the final 15 minutes, Luis Alberto gave the Biancocelesti the lead with a beautiful outside-the-area goal, and veteran winger Pedro sealed a victory at a rowdy Stadio Olimpico.

Lazio won back-to-back home games to open a season for the first time in seven years, improving their home record against Inter, who they haven’t lost to in Rome since the 2018-19 campaign.

Encouraged by such a victory, Maurizio Sarri’s team is now attempting to build on it by scoring all possible points away from home, something they only managed to do eight times out of 19 times the previous season.

Lazio finished sixth as a result, six points outside of a Champions League qualifying berth. Nevertheless, they were able to secure a return to the Europa League, where they will begin their group stage campaign against Feyenoord at home the following week.

However, Sarri will lead his squad to Liguria on Wednesday before welcoming Napoli again at the Olimpico in the meantime.

Sampdoria lost to Lazio four months ago in Rome as they stumbled to the end of a disappointing season. They were defeated 3-1 when they last welcomed Lazio to Marassi at the end of last year. Only a hard-fought draw against Juventus last week at home has given the Blucerchiati one point so far, showing that their circumstances have not improved over the summer break.

After losing to Atalanta on the first day of the season, Marco Giampaolo’s team battled valiantly to keep the Turin giants scoreless, but their first away game of the year ended disastrously on Sunday night.

Despite the best efforts of lone attacker Francesco Caputo, Samp could not overcome a two-goal deficit after just 16 minutes in Salerno and ultimately fell to a humiliating 4-0 defeat.

The Ligurians are already in a state of chaos after getting destroyed by a Salernitana team that just nearly survived relegation in May and failed to score their first Serie A goal once more.

The Sampdoria management moved to sign Harry Winks on loan from Tottenham Hotspur in response to the team’s slow start, but replacing an aging front line before the transfer season closes must undoubtedly be their first priority.

Sampdoria will undoubtedly score at the fourth attempt, but their waning confidence makes it seem like the worst time to welcome a hot Lazio team to Marassi. Although they will likely play a deep defense, the visitors’ increasingly fluid “Sarri-ball” may go unanswered.