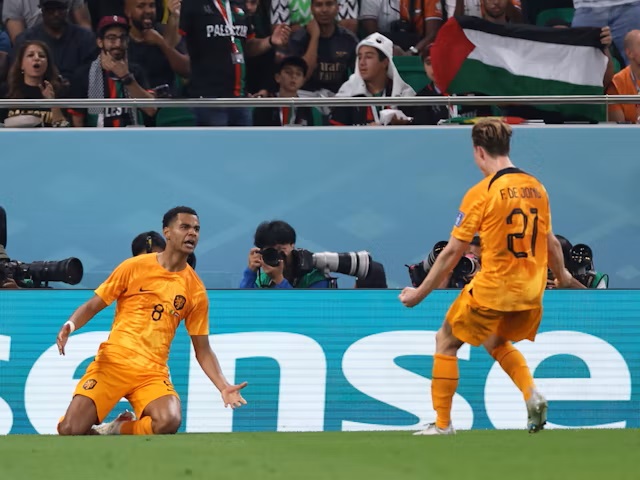 When the Netherlands face Ecuador at the Khalifa International Stadium on Friday, they will be attempting to make it two victories in two in their opening two games of the 2022 World Cup.

On Monday, Louis van Gaal’s team defeated Senegal, and on Sunday, Ecuador defeated the tournament hosts Qatar in their Group A opener.

Netherlands Vs Ecuador Tips and Prediction

Senegal and Netherlands were tied as the game neared its conclusion, thus Netherlands had to wait to see who would take home the victory against Senegal on Monday.

However, Holland took the lead through Cody Gakpo in the game’s late minute, and Davy Klaassen sealed the victory in the ninth minute of extra time at the end of the hour giving Van Gaal’s team the perfect start to their Group A campaign.

After playing well in their last two games, Netherlands will take on Ecuador on Friday before finishing their group stage against the hosts Qatar on Tuesday. It will be interesting to watch what this bunch of players can accomplish in the competition.

Van Gaal’s team would play the Group B runner-up in the round of 16, who might be England, Wales, the United States of America, or Iran, if they were to win Group A.

But at this point, Netherlands won’t be looking too far ahead, especially before a match with a good Ecuador team, which defeated the hosts in the tournament’s first game on Sunday.

By placing fourth in their South American qualifying campaign and earning 26 points from 18 games, Ecuador earned a spot in the finals. La Tri has played in seven games in the qualifying round, and they have only lost one of those games. During that stretch, they have also drawn 1-1 with Brazil and Argentina, which speaks to their abilities. They will undoubtedly be confident of winning this game.

It might be a very, very difficult encounter for the Netherlands, and it wouldn’t be shocking if Ecuador won or if the points were split. But considering how well Van Gaal’s team played against Senegal, we have a hunch they’ll come away with a decisive three points here.