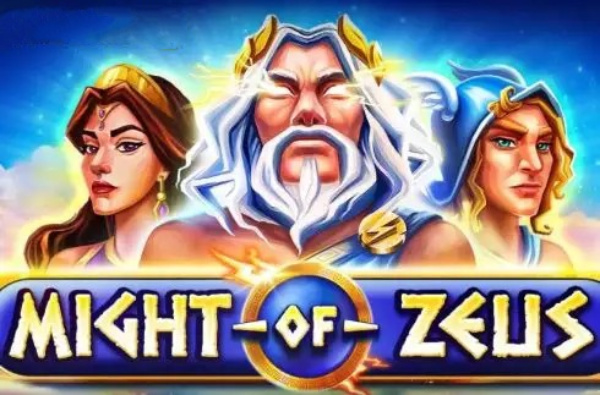 Stakelogic has created another online slot based on Ancient Greece, which never ceases to astonish suppliers. Might of Zeus features a grid with four rows and five reels, as well as 1,024 chances to win. It also has a high level of volatility and an RTP of 96.41 percent. Wilds and Scatters, as well as free spins and a variety of additional symbols on the reels, accompany these features.

The icons on the reels might award you with a variety of prizes. The more of a combination you have, the better off you’ll be. The top payout in this game, however, is 7,163 times the investment. With a betting range of $0.25 to $100, you can go after the prizes. It’s also worth mentioning that the symbols pay left to right, so familiarizing yourself with them before playing for real money is a good idea.

Common symbols, or in this case, traditional slot symbols, are included in common themes. This means that the royal card symbols will appear alongside a number 10 symbol on the reels. The gods are then represented by two females, one with purple hair and the other with Hera, as well as a younger Zeus on a green backdrop and Poseidon on a blue background.

In terms of Wilds, you’ll get two. The first is an ancient Zeus that substitutes for all other symbols on the reels. The second is Zeus as a child, which activates the Gift of Zeus function. As long as this symbol appears on the next spin, you’ll get re-spins.

If you get two of the bolt of Zeus symbols in a row on reels 1, 3, and 5, you’ll get re-spins. Then there’s Hera, who is added to the fifth reel to fill the meter for the Boon of Hera. She bestows bonuses such as free spins or multipliers. You’ll need the Bonus symbol, which is shaped like the game’s logo, to activate the free spins.

As previously said, Might of Zeus is influenced by Ancient Greece, specifically its mythology. Mount Olympus acts as the game’s backdrop, adding to the overall atmosphere. Finally, the game has a fantastic design that allows you to play it on mobile devices.

While searching for treasures, you can experience the might of Zeus and Hera on Mount Olympus in Might of Zeus. With each spin, you’ll get closer to finding what you’re seeking for thanks to the assortment of Wilds and free spins.