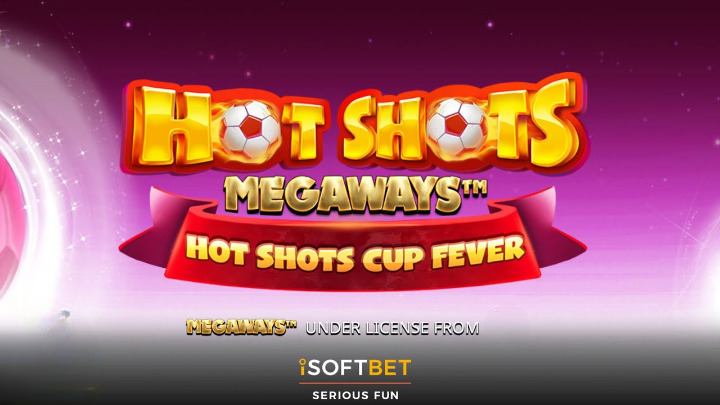 We’re taking a look at the third slot machine in a line from iSoftBet with Hot Shots Megaways. The main characters in this game are various birds and forest animals that have been transformed into soccer players. Even though the background of the slot machine is made up of a large stadium, you might not notice it as much as you would in other situations where the theme is a sport.

By using 6 reels with up to 7 symbols each, the Hot Shots Megaways slot machine creates an engine that can produce up to 117,649 different ways to win.

Wins of up to 19,200 times the stake are possible, and they are sizable enough to offset severe volatility, especially given that a 95.98% RTP has also been declared. Inside, you can find cascading reels, wilds, mystery symbols, respins, and several modifiers.

Hot Shots Megaways’ payouts, which may reach 19,200 times the stake, caught my attention. It’s challenging to produce a respectable win, though, because volatility will be strong. A 95.98% RTP indicates that it is a reasonable slot over the long term.

Especially since each reel may hold up to 6 symbols and there are a maximum of 117,649 possibilities to win, forming combinations is not always challenging. But that’s just the beginning of the game; the cascading reels feature comes next. By doing this, winning symbols are removed to make room for new ones to drop into vacant spaces. The cascades also continue to activate as more wins continue to come in.

The middle four reels are where you will find wild symbols, and it is from there that you can easily employ them to help you make combinations. They are used to replace the slot machine’s standard symbols.

You may be affected by several modifiers, but it’s unpredictable. They can increase the amount of scatters, increase the maximum number of winning combinations, or start a massive win or respins.

It’s possible for mystery symbols to appear as well, and they are all changed into a single kind of common sign.

Cash Respins, the game’s major feature, are activated by landing five or more Gold Ball symbols anywhere on the reels. You receive three rounds in this respin game, and each round starts over anytime more Gold Balls appear. In addition to set jackpots of up to 1,000x, each symbol has a prize that can be won.

It is a slot machine with a football theme, but it differs from most games made in this genre. The animals of the forest that appear on the reels are its protagonists. There are also six Royals, but the rest are pictures of animals including dogs, cheetahs, chickens, and goats.

Overall, it’s a standout addition to the Hot Shots franchise. The superb aesthetics have been kept, and the Megaways engine gives it a little extra kick.