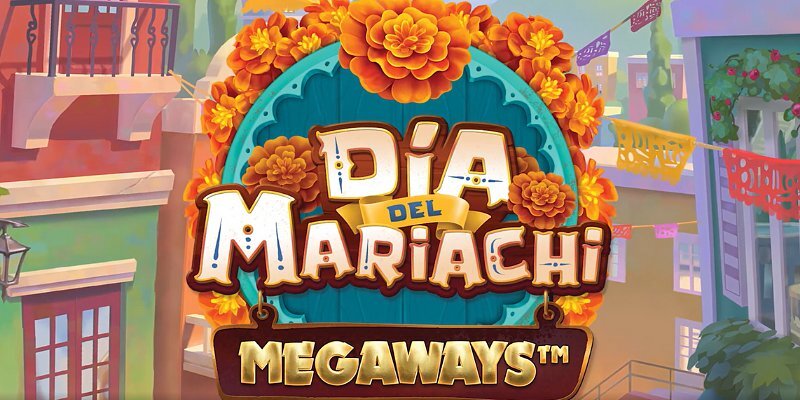 Dia Del Mariachi, a gift from All41 Studios, will shortly join Microgaming’s library of exclusive slots. They’ve chosen to dedicate a game to one of Mexico’s lesser-known occasions, the mariachi musicians’ holiday. It’s considerably more frequent to come across a slot that is themed around the Day of the Dead. Still, this is another really well-made game that draws inspiration from Mexican culture, and the results are fantastic.

Over the last several years, slot machines with 117,649 ways to win have grown extremely popular, and they all employ the Megaways engine, which features 6 reels with a random number of symbols (2 to 7) to enable that layout. Dia Del Mariachi might end up paying up to 10,000x the wager with those chances to win, as well as other features. There is also a significant volatility component to consider, in addition to the RTP of 96.42 percent.

Moving on, we’ll look at the game’s features, which include wilds, free spins, and multiple modifiers or extra games that can be triggered by specific symbols during random Sombrero Spins.

The betting mechanism doesn’t have a connection to the amount of lines like it does in ordinary slot machines, but it does the job and allows you to start the following spin. The amounts indicated inside will be between $0.20 and $20.

All of those ways to win could help you make enough combinations to win the maximum jackpot of 10,000x, especially as the top symbols can form combos worth up to 50 times your bet. There is a second chance to win that much money, and that is by winning the Mega Jackpot, which may be won by spinning the Jackpot Wheel.

Dia Del Mariachi will have the same extreme volatility that we see in other Megaways slots. On the other hand, top RTP values of 96.42 percent are expected. Because there are three additional lower numbers in the RTP range, double-check that value.

Let’s start by looking at how the Megaways system works. You’re gazing at a slot machine with multiple chances to win, but one of the columns 2-5 has an extra horizontal reel. The number of symbols on each reel is determined at random (up to seven are conceivable), and the number of possibilities to win varies from round to round (up to 117,649 ways to win could be available).

Following spins in which you make combinations, the Rolling Reels activate and assist in the removal of symbols that helped you win. This allows other symbols to fall into the open symbol locations, and if new wins are formed, the Rolls will continue.

The top horizontal reel can deliver you normal symbols, but it’s also where you’ll find the majority of the feature symbols. A wild, for example, will be utilized as a substitute, but a random feature can activate four modifier symbols (Sombrero Spin).

The Sombrero Spin is activated by selecting random spots from the horizontal reel. If there is a modifier symbol at this location, you will be able to use that ability.

While the Sombrero Spins are unpredictably awarded in the base game, they are guaranteed every round if you achieve the free spins. You do so by landing 4-6 Gold Bar scatters, which will award you 10 to 14 free spins. If you don’t have the patience to wait for them to appear organically, you can spend 80 times the stake to acquire them right away.

The Day of the Mariachi, like the Day of the Dead, appears to be a true celebration. Mexicans appear to like a good party, and slots like these demonstrate how they do so. It has decent graphics, but I’ve seen better games inspired by Mexican carnivals.

The Royals are depicted in the lower symbols, while musical instruments are depicted in the higher symbols (trumpets, noisemakers, violins, guitars). On its standard or horizontal reels, a variety of feature symbols will be used (Gold Bars, W logo, and the four modifiers I mentioned above).

Dia Del Mariachi appears to be a good game overall, and while I’ve seen bigger top jackpots in other Megaways games, this one performs admirably in other areas, and if you can locate it with a reasonable RTP, it’s worth investigating.