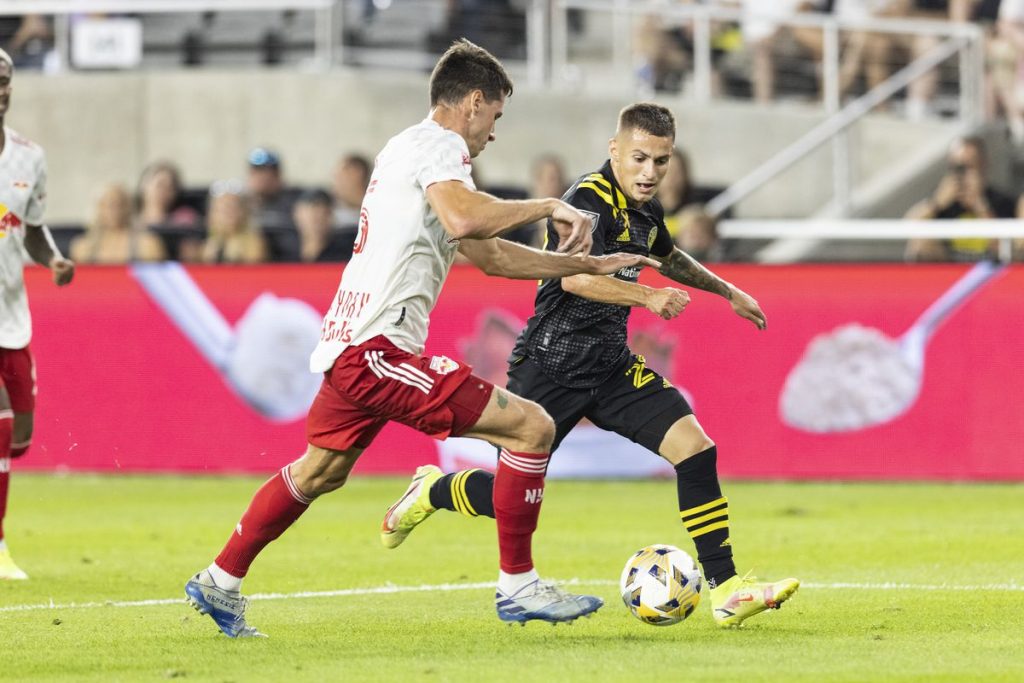 The New York Red Bulls travel to the Lower.com Field to play Columbus Crew on Saturday, coming off a loss in the Hudson River Derby.

The Crew, on the other hand, have lost their last four games straight and will go into the weekend hoping to snap this losing streak.

In a thrilling game in Ohio, Kevin Molino gave the Crew the lead with his first goal of the year in the 36th minute. However, 22-year-old Santiago Moreno tied the score with a goal in the 95th minute.

Prior to that, Inter Miami defeated Caleb Porter’s team at the DRV PNK Stadium on September 14, ending their streak of seven straight games without a loss.

The Columbus Crew, who have gone unbeaten in their previous five home games heading into the weekend, are now ranked eighth in the Eastern Conference standings, tied with Inter Miami in seventh place for the final postseason qualifying berth with 42 points.

In other news, New York Red Bulls were unable to get back to winning ways after their most recent match on September 17 against local rivals New York City FC ended in a dismal 2-0 loss.

The game got off to a fast start with an Alexander Callens goal for the Pigeons in the first minute, followed by a Santiago Rodriguez goal midway through the first half to seal the outcome at Yankee Stadium.

Prior to it, on September 4, New York Red Bulls’ four-game unbeaten streak was snapped by Philadelphia Union, 2-0, and six days later, they secured a tough 2-1 victory over New England Revolutions.

The team of Gerhard Struber is presently third in the Eastern Conference rankings with 50 points after 32 games and has gone on a run of four victories and two draws in their previous six away games since the beginning of July.

The New York Red Bulls will face a team that hasn’t lost in 13 of the previous 20 matches between the two, winning eight games and drawing five others.

They will, however, be up against a Columbus Crew team that has gone four games without a victory. We anticipate a close game, with the guests securing a narrow triumph.