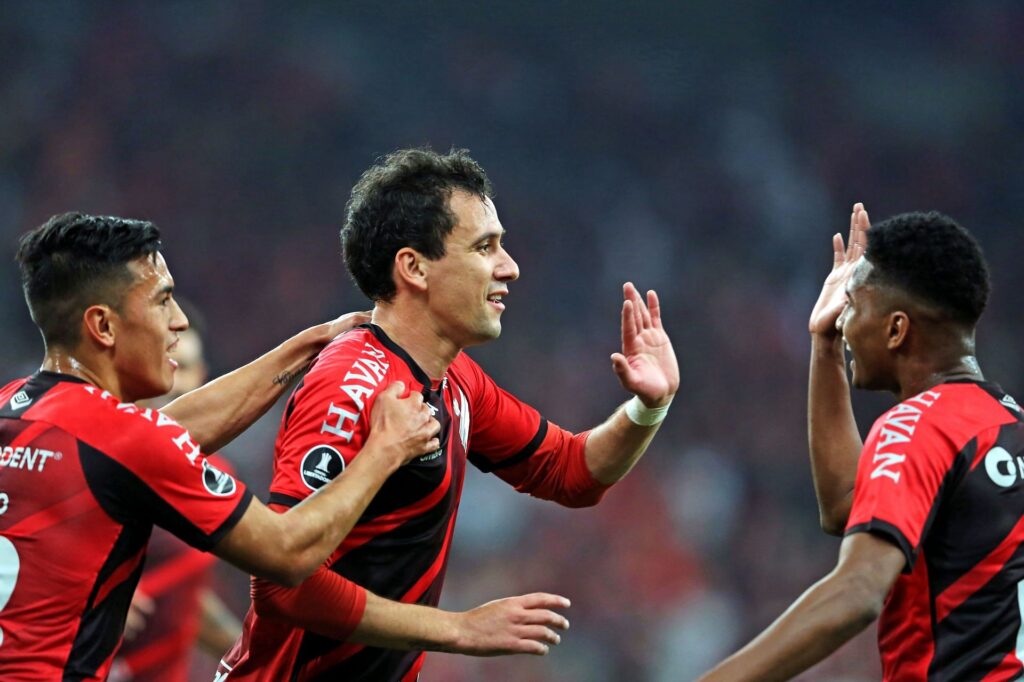 Athletico Paranaense, a Brasilieiro Serie A title contender, will play Bahia on Wednesday in the opening leg of their Copa do Brasil Round of 16 matchup at Itaipava Fonte Nova Arena.

The defending Copa Sudamericana champions are in the top four in Serie A after a 1-0 victory over Coritiba on Sunday, while Tricolor, who are currently third in Serie B, are in position to return to the Brazilian top division.

Bahia would be towards the top of the list if there were a lower-tier Brazilian team that experts would think could still win the Copa do Brasil, as the Salvador-based squad advanced to the round of 16 for the third time in the previous four seasons.

They may not have been able to stay in the top division in 2021, but Guto Ferreira has them performing reasonably well defensively in Serie B this year, giving up only seven goals after 13 games.

It was extremely difficult for them to advance to this stage of the competition because they needed a second-half comeback to square the score at 1-1 with Azuriz and win 4-3 on penalties.

Eight players have at least one goal or assist, demonstrating how evenly matched they have been as a team and how many people have contributed to their success in the second division.

Their attack-oriented system has given them a fair amount of possession, but they have struggled to convert their lengthy offensive sets into goals, scoring just once or less in four of their last five games.

Bahia is used to dramatic outcomes because 13 of their previous 14 games across all competitions were decided by one goal or fewer.

Tocantinopolis of Serie D gave Athletico Paranaense all they could handle in the third round of their first leg for roughly 45 minutes, with the score at two at the break.

That was as near as they would get, as the 2021 runners-up in this competition won 5-2 after scoring three goals in the second half and dominated the return leg at home by winning 4-0.

Furacao has advanced to the round of 16 in the Copa do Brasil for seven consecutive years and won their lone championship to date in 2019.

Luiz Felipe Scolari, the manager, has won this competition four times as a coach with three different teams, including two championships with Palmeiras in 1998 and 2012.

Although Paranaense’s pass accuracy is not always great, they have appeared poised in the back and good at pressing when opponents enter their box.

They rarely give up many chances to score, giving up one goal or fewer in eight of their most recent nine games in all competitions.

They are an opportunistic team that does not mind waiting until the very last second to score, scoring in three of their last four games with five minutes or less left to play.

Bahia still be in the running for a promotion, they will use this game as a barometer for who they might face next season.

On the other hand, anticipate business as usual from Furacao, who will be eager to do what they failed to do the previous season and win this title a second time.