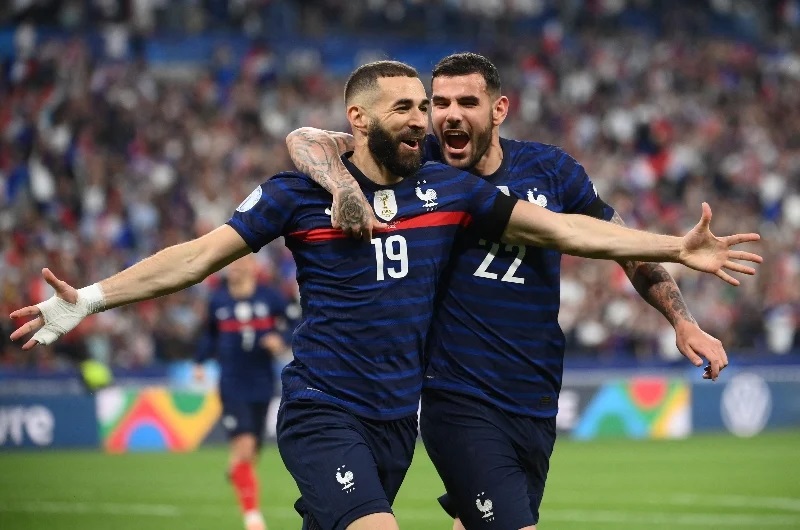 France will play Austria at the Ernst Happel Stadion in Leopoldstadt on Friday night, still hunting for their first UEFA Nations League victory of the 2022-23 season.

Les Bleus had only one point from their first two games in League A Group 1, trailing Denmark by five points, with Austria in third place with three points.

Austria Vs France Tips  and Prediction

Austria kick start there nation league with a new coach and an impressive win against Croatia .

However, Das Team were quickly brought back down to earth as they suffered a 2-1 defeat at home to Denmark on Monday.

In their past four internationals, Das Team has scored 11 goals, demonstrating that scoring is not an issue for them at home. On the other side, the club has struggled to keep clean sheets, surrendering goals in each of their last six home games.

Austria last met France in a World Cup qualifier in October 2009, losing 3-1 in Paris but winning by the same scoreline 13 months earlier in Vienna.

After a seven-game winning streak in all competitions during which they scored 24 goals, France went into their Nations League campaign with a lot of confidence.

Les Bleus, on the other hand, have had a rocky start, losing 2-1 to Denmark at home in their opening match and drawing 1-1 with Croatia on Monday.

Didier Deschamps returned to the dugout for the match in Split after missing the previous match due to the death of his father, but he was unable to help his team win, with Adrien Rabiot’s 52nd-minute goal being cancelled out by an 83rd-minute penalty by Andrej Kramaric.

France made several roster changes, but fans had hoped for a better result against Croatia, and now the burden is on to win all three points against Austria to keep their League A hopes alive.

While a point in Croatia was disappointing, it extended France’s unbeaten road record to 15 games in all competitions, with their previous road loss coming in a European Championship qualifier against Turkey in June 2019.

If Les Bleus win, they would cut the deficit on Denmark to two points, having won three and drawn two of their five visits to Austria.

France will be significantly stronger on Friday, with Deschamps expecting to return a number of his key players to the starting lineup, and the possibility of Mbappe and Benzema combining in attack will undoubtedly pose difficulties for Austria’s backline.

The hosts will not make it easy for the 2018 World Cup champions, but when the two nations’ talent levels are compared, we predict the visitors to triumph by a large margin.